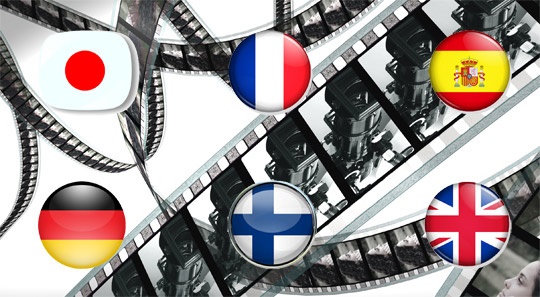 The City of Carlsbad Cultural Arts Office’s popular Foreign Film Fridays series is temporarily moving to the Carlsbad Senior Center, located at 799 Pine Avenue, beginning in January. Its usual home at Carlsbad City Library on Dove Lane will undergo renovations in early 2016. The films will be screened at 5 and 7 p.m. in their original language with English subtitles. Seating is limited and first come, first served. Admission is free.

Foreign Film Fridays will return to the Ruby G. Shulman Auditorium when Carlsbad City Library reopens in mid-2016. As part of the library’s renovations, the auditorium will be enhanced with new seating and theatrical lighting, improved accessibility and upgraded presentation technology for an improved viewing experience.  The following are this season’s films.

A heartwarming story about two siblings who dream up a plan to stay out of trouble when brother Ali loses his sister Zahara’s school shoes. This uplifting story of family and love was a winner at many film festivals.

In 1931, three aboriginal girls escape after being plucked from their homes to be trained as domestic staff and set off on a dangerous 1,500 mile trek across the Outback to go home.

Set in Hong Kong in 1962, two neighbors form a strong bond after both suspect extramarital activities of their spouses. This visually stunning film of love and longing was nominated for the Palme d’Or at the 2000 Cannes Film Festival.

The new teacher at a strict boys’ boarding school works to positively affect the students’ lives through music. The Chorus was nominated for Best Foreign Language at the Academy Awards in 2005.

When Stefania breaks up with her boyfriend, she winds up on vacation at a Greek resort with her precocious 14-year-old niece, whose secret plan is to lose her virginity on the holiday. This film was featured in last year’s San Diego Italian Film Festival.

An aged father and his youngest son run an old-style bathhouse in Beijing. When the elder son returns for a visit, it puts under stress long-broken ties. With bittersweet humor, Shower explores the value of family, friendship and tradition.

In the harsh Brazilian badlands in 1910, a young man questions the tradition of violence between two rival families when he is ordered by his father to avenge the death of his older brother.

A contemporary story of love, rejection and triumph as a young Maori girl fights to fulfill a destiny her grandfather refuses to recognize.