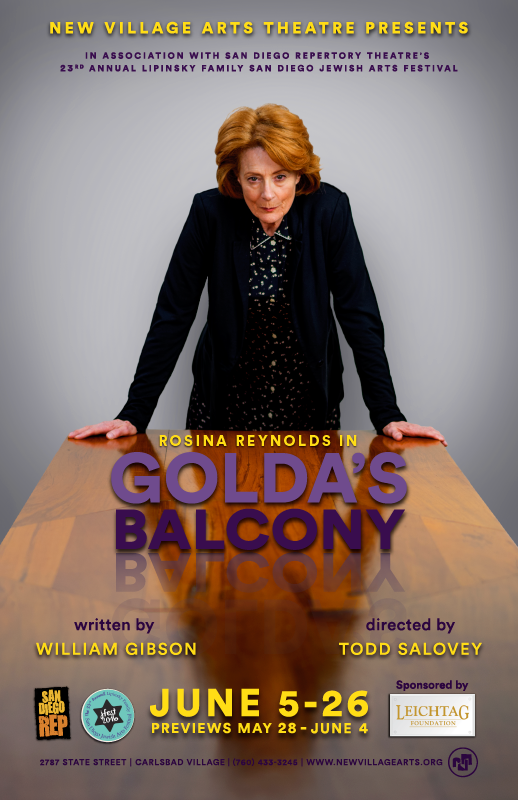 Broadway applauded this reworking of the author’s 1977 play into a complex one-woman tour-de-force. This tight-knit story of war and peace opens in 1973, on the eve of the Yom Kippur War, and uses flashbacks to let Golda Meir tell the story of her life: her journey from her birthplace in Russia to the United States where she settled in Milwaukee, became a school teacher and married. She describes her role as a socialist Zionist, her emigration to Palestine in 1921, the birth of her two children and the breakup of her marriage. These details form an intriguing backdrop for a dramatic look at idealism, power and the strength it takes to shape the destiny of a nation.

“Seldom has history embodied itself in one person as clearly as it did in Golda Meir…Gibson gives us a great understanding of Golda’s personal and public life and conveys magnificently the fearlessness and dedication that made Golda so powerful a world leader.” – New York Daily News