Enjoy The Timeless Songs of the 60's at NVA's Musical Beehive 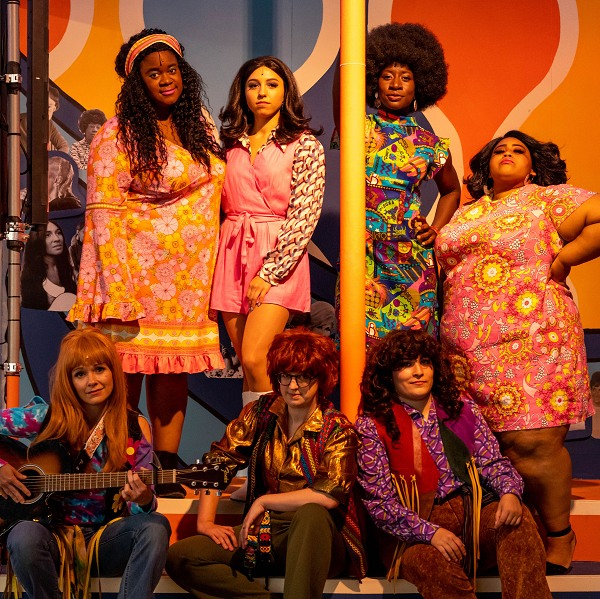 The 60's Musical flies through all or part of 40 songs—two written for the show and the rest of them spanning the eclectic array of popular female performers of the 1960's.

BEEHIVE celebrates the powerful female voices of the 1960’s with such timeless hits as “My Boyfriend’s Back,” “Be My Baby,” “Son of a Preacher Man,” and “Me and Bobby McGee.” Told from the perspective of six young women who come of age in this enigmatic decade, BEEHIVE takes us from their first Beehive Dance to the challenges we faced as a nation. 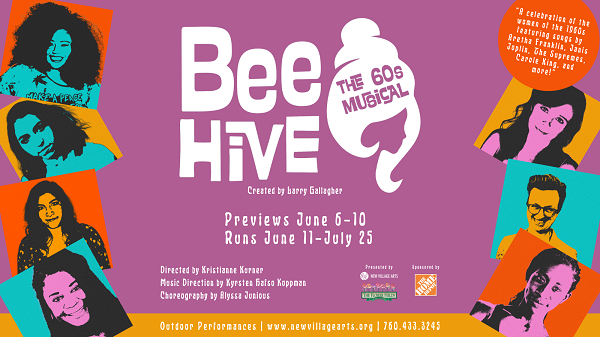 According to Broadway World San Diego, Beehive is a complete hit. They go on to say, "Often when thinking about the past it's thought of in black and white, but BEEHIVE: THE 60'S MUSICAL now playing from New Village Arts brings the songs and the personality of the 1960s into musical technicolor. This production is a musical retrospective of the decade, starting with the girl group songs and then showing how the cultural change in the second half of the decade is reflected in the music coming out. Directed by Kristianne Kurner, there is a lot of energy, girl power, and history onstage, featuring moments to highlight notable women and their contributions to the decade and beyond."

And while you are there, enjoying the iconic Flower Fields and NVA's new outdoor venue, be sure to enjoy classic shortbread cookies made by our very own Carlsbad Cookie Company.