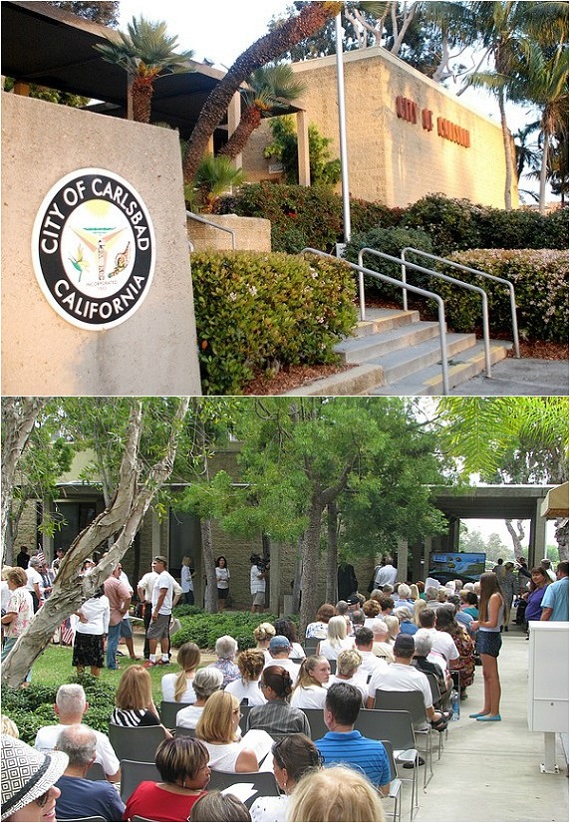 The City of Carlsbad wants to know what community members would like to see in a new city hall and civic center, which the city been saving for and will be ready to start building in 2023. Two important workshops take place this week regarding the future of the Carlsbad City Hall. The City of Carlsbad currently operates out of a number of buildings spread across our 39 square mile city. Many are old and no longer meet the needs of the workforce or the community. Plus having so many locations creates operational inefficiencies and is confusing for the public. That’s why the City Council has made it a goal to build a new city hall. The workshops are listed below as well as information for an online survey starting July 1.

A new city hall would consolidate the main administrative functions of the city into one location and provide meeting rooms and other spaces to accommodate city business, including the City Council chamber.

Because we’re building a new city hall, there is an opportunity to add new public gathering spaces as part of the design, to increase the sense of community in our city. These could include parkland, event space, recreation areas, an art venue or a library.

The city has set aside money from developer fees for many years, and this money can only be used for a new city hall. The city hall project won’t raise taxes, and the city will not have to borrow money to build it. Depending on what else is included with the project the city would develop a funding plan for those additional elements.

Future workforce trends and operational needs will help shape the city administrative building(s) that make up a new city hall, but the other potential uses have not been defined.

That’s where you come in. We’d like to know what you would like to see in a future civic center. In the coming months, we’ll be asking the community to weigh in on this project by asking questions like:

Tell Us What You Think

The city needs your input on the above questions to help identify the best location for the new city hall and civic center. Here's how you can weigh in on the project:

Based on the city’s needs for its administrative functions and the community’s ideas for a future civic center, the city will select the best site from among four city-owned properties that have been identified as potential locations: