Merchants & Residents: Your Input is Needed on Village Master Plan 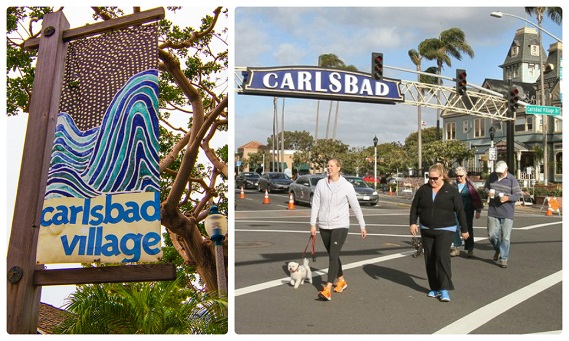 The Village and Master Barrio Plan draft is available for review and public comment.  We need your input!  This document is an important roadmap for the future of our village and adjacent barrio neighborhood.  The Village and Barrio Master Plan will update and replace the Carlsbad Village Master Plan and Design Manual, which was adopted in 1996 and has been revised periodically since. The draft master plan is available on the city website, www.carlsbadca.gov/villagebarrio. Copies are available for review at the city’s libraries and City Clerk’s office.

The City of Carlsbad will hold a series of meetings to present a draft master plan for the downtown Village and Barrio areas that establishes a vision for future development and land uses in the two historic neighborhoods.

To learn more about the draft plan and provide input, community members can attend one or more of the following meetings.

CLOSING PRESENTATION & WORKSHOP
Thursday, Dec. 17
Carlsbad Senior Center, 799 Pine Ave.
6 – 8 p.m.
Hear a summary of the input provided during the week and provide any additional feedback. Presentation begins at 6 p.m., and staff and the project team will be available after to answer questions. Comment cards will be available to provide input.

The master plan includes conceptual ideas, meaning further consideration and development will be needed before they could be implemented. Among the concepts included in the plan are new access opportunities that could result from putting the coastal railroad tracks through the Village and Barrio underground in a trench. If that occurs, the master plan envisions streets that presently dead end on both sides of the railroad could be connected over the tracks. The tracks currently are at street level, and there are no crossings between Carlsbad Village Drive and Tamarack Avenue. The San Diego Association of Governments is adding a second parallel track along the coast and has agreed to study the option of trenching the tracks below ground level, at the City of Carlsbad’s request.

Other ideas for the Village include:

Create public plazas at the Grand Avenue and State Street intersection and other places.

Tunnel beneath Interstate 5 to connect Grand Avenue to the east side of the freeway.

Ideas for the Barrio include:

Along the streets, add trees and pedestrian-scaled lighting.

Construct a roundabout at Tamarack Avenue and Jefferson Street to create a gateway to the Barrio and beach.

Ensure new development is in keeping with the current character of the area.

One purpose of the master plan is to rejuvenate the Barrio, so it includes development standards and design guidelines to help meet that goal. According to Scott Donnell, a city planner who is managing the project, the city decided to combine the Village and Barrio under one master plan to enhance connectivity between the two areas.

The plan also focuses on alternatives to traveling by car, such as walking and biking. The city already has emphasized making the Village and Barrio more pedestrian- and bicycle-friendly by placing more than 100 bike racks and corrals in both neighborhoods, and by making it easier and safer for pedestrians to cross Carlsbad Boulevard and Grand Avenue. The plan also includes ways to increase parking in the Village and Barrio and ideas for emerging transportation choices, such as a shuttle systems and ride sharing.

The Village and Barrio Master Plan will update and replace the Carlsbad Village Master Plan and Design Manual, which was adopted in 1996 and has been revised periodically since.

The comments received during the review period will be considered as part of the preparation of the final master plan in early 2016. After the final plan is prepared, the Planning Commission and City Council will hold formal hearings to consider adopting it. These hearings are planned for spring of 2016.

The draft master plan is available on the city website, www.carlsbadca.gov/villagebarrio. Copies are available for review at the city’s libraries and City Clerk’s office.