From Saturday, August 14th and running through Monday, September 6th, 10 local artists will have a selection of artwork on display in retail, service, and hospitality businesses in downtown Carlsbad. Twenty businesses will serve as pop-up art galleries for this temporary art program.

The temporary art program, supported by the City of Carlsbad's Cultural Arts Office, is designed to create interaction between the business and creative arts sectors and to encourage local businesses to incorporate unique temporary artistic creations to enliven the Village. 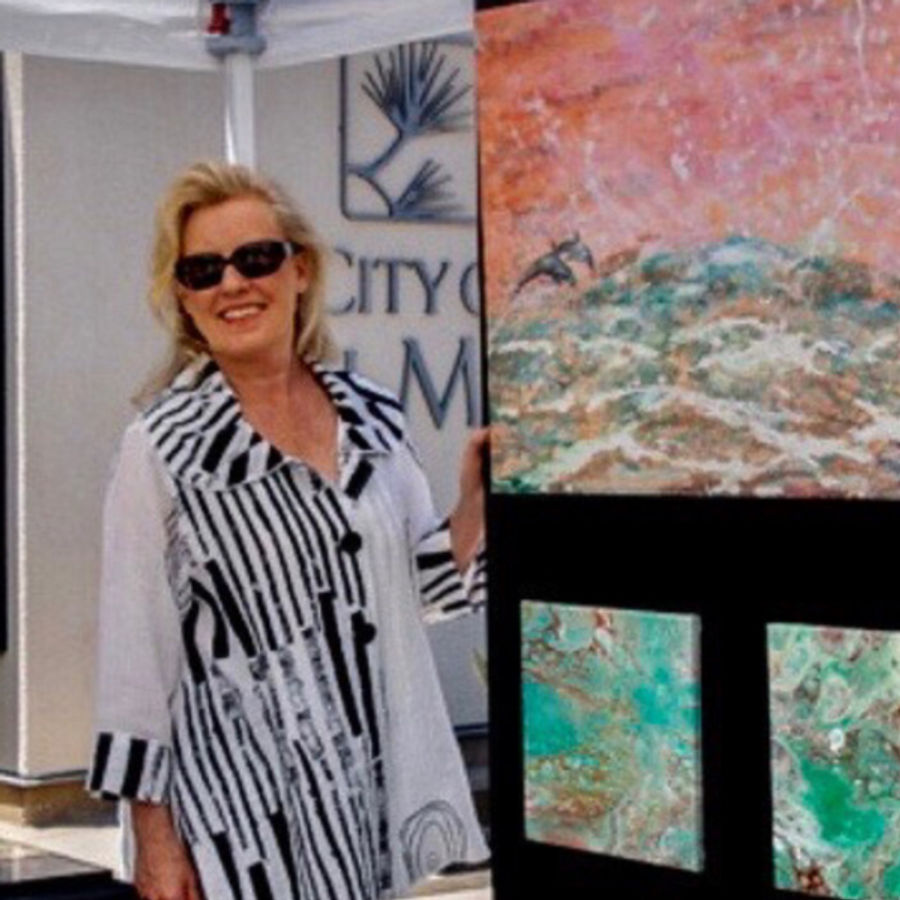 Marsha Bakko, is a proclaimed self taught artist. Through a series of unexpected events she started the ball rolling from Corporate to Creativity to Artist.

In the late 90’s she decided to chronicle her healing journey after divorce through a montage series of images. This series was rich in archetypal symbolism, vivid expression and poetic invocations. These were deeply transformational for her and others. This body of work became prints and a greeting card series published under her first company 21st Century Goddess founded in 1999. Many of these prints and images were sold country wide in retail stores while the originals were displayed at the Del Mar Art Center Gallery and Rancho Santa Fe Art Gallery, where an award was garnered for mixed media excellence.

She now offers her newest works of acrylic mixed media art which are sourced from experimenting with all kinds of techniques throughout the years and integrating them into her own special innovations. Her empathic and intuitive senses are incorporated into every piece of art and all of her life experiences are poured into these energetic expressions.

More of Marsha’s work can be seen in person at the upcoming 35th Annual San Diego Festival of the Arts on September 11-12, 2021 and various shows in California and Arizona. 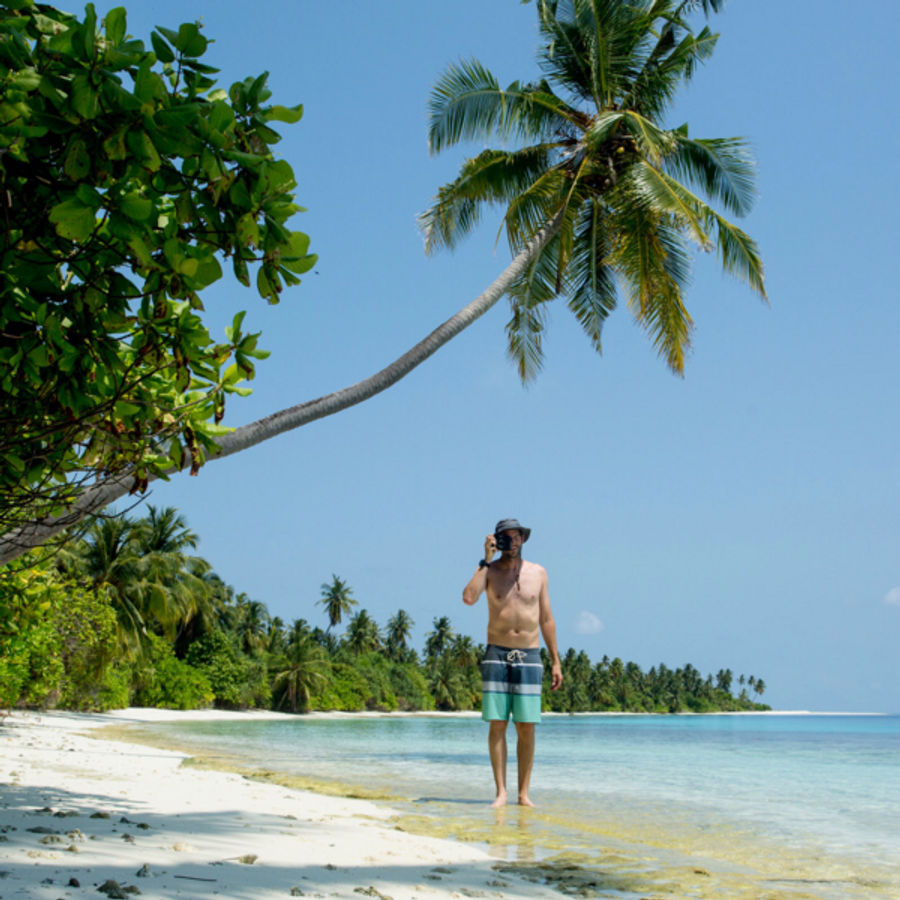 I started shooting photos when I was in 8th grade in 1995, with the goal of creating images that would spark interest and imagination. Just a few years later I was brought on as the youngest Year Book photographer Carlsbad High School ever had.

Over the next 26 years I honed my skills with the camera and really developed my own style of shooting which allowed the viewers to immerse themselves in my photographs and let their minds wander. For the last 16 years photography has given me the opportunity to travel to almost every part of the world. I have traveled to Thailand, Dubai, Indonesia, Japan, Africa, Europe, Australia, Hawaii, all over Baja California and most of the United States.

With these travels I have assembled an eclectic portfolio of images that are both pleasing to the eye and the imagination. Please enjoy the images and let your imagination take you around the world!

Born in Southern California in 1950, Justin showed early interest in both music and art. After receiving numerous awards, scholarships, and commissions Justin wisely chose to concentrate on the visual arts and has never looked back! Earning a degree in Graphic Communication, he continued graduate studies and workshops in painting, sculpture and drawing.

​After working in advertising, design, and freelance illustration Justin moved to Hawaii in the 1970’s with a college partner. He then built a very successful airbrush and screen-printing company. It was in the lush tropical island setting that he was creatively influenced by “Asian” design patterns and rich colors that can be found in his past and current mixed- media paintings. Ready for a cultural change and new challenges, Justin relocated to New York City in the early 1980’s. There he was “discovered” by a major New York print and poster publisher, and signed a lucrative long-term creative agreement.

During the early 1990’s, Justin’s West Coast beginnings drew him back to beautiful San Diego, California where his home and fine art studio are located. Justin has had more than 200 paintings published in print form as an artist, rapidly becoming one of America’s most prolific fine art print and poster artists. Justin’s unique colorful designs and images are reproduced and marketed worldwide along with top-selling licensed products. Busy with custom painting commissions and projects, he still travels around the country exhibiting at juried fine art shows. His mixed-media creations can also be found at galleries, public and private collections, and in art publisher catalogs. 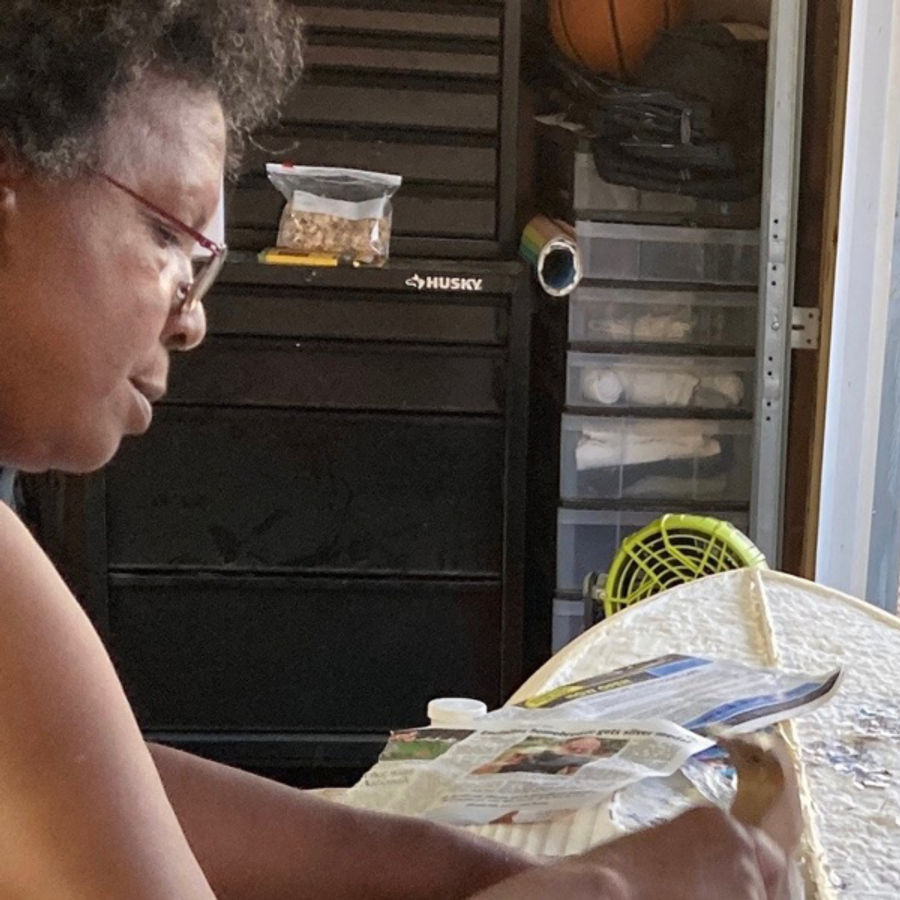 Mixed Media allows me the freedom to experiment and recreate images formed in my spirit. I enjoy working with different traditional media, colors, broken glass, discarded car parts, blades of grass - it’s all art to me!

Creating artwork that tells a continuous story is my life’s expression, just like exhaling. Breathing deeply, I live with purpose and encounter the not so everyday challenges in other people’s lives. My art expressions allow me to exhale what I take in, placing into form the less tangible but more indelible emotions that life can leave behind. Art expression brings pleasure to my heart, my eyes and hopefully to yours too!

My moniker is j. Elise Diaz and my friends call me Jackie. I was encouraged to create by my Grandmother Maude who learned at the hands of American slaves. My first show was in the 5th grade at the Los Angeles Unified School District. I attended two summers at Barnsdall Junior Art Center, Los Angeles.

I am a nurse and community educator by trade. I have worked more than 20 years with children and adults as an Art instructor, emphasizing personal expression. I continue to serve as a speaker, performer and instructor sharing Mixed Media and Language Arts. 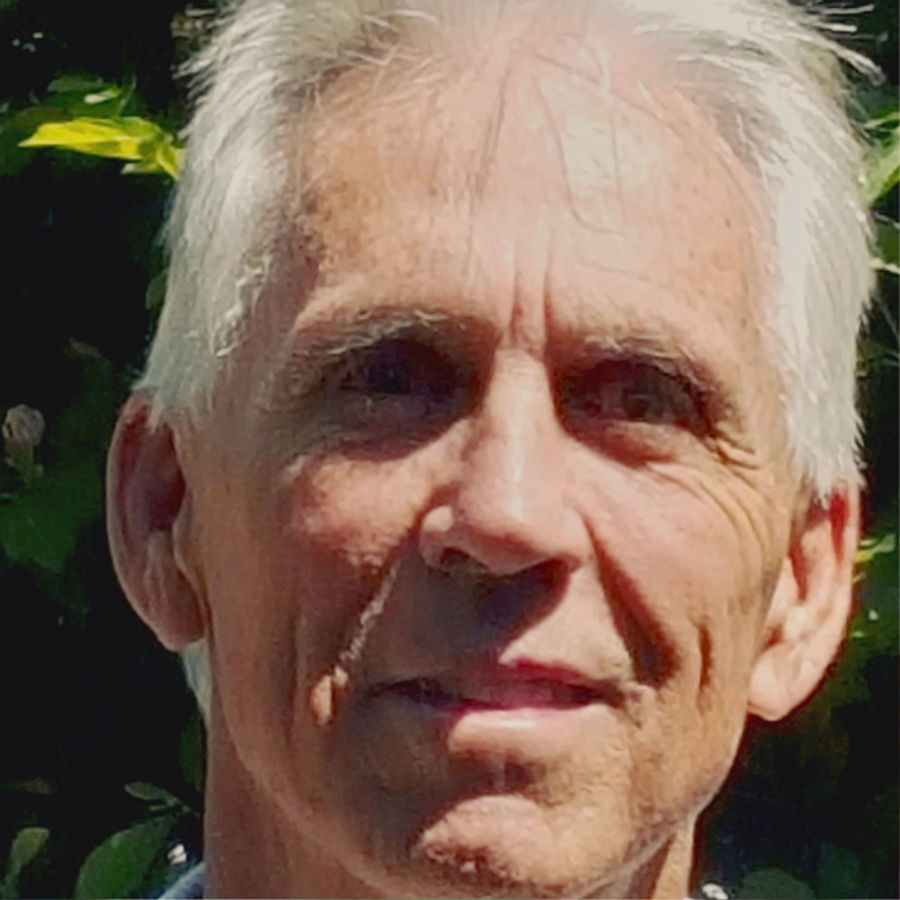 Ron Juncal is the owner of Studio 2 in Carlsbad, California. He studied art at Humboldt State, in Northern California. Using his training he built a business creating large interior murals. His unique approach to art has caused him to pursue a variety of mediums and artistic expressions beyond the confines of his commercial work.

Ron’s most unique works are in collage but he has also excelled as a painter with a colorful and edgy point of view. You can see his creations both in the studio and as a performance artist at Art Festivals and other events where his “out of the box” creations are enjoyed by thousands. He is actively involved in the arts community and has used his studio to spawn a number of young artists. 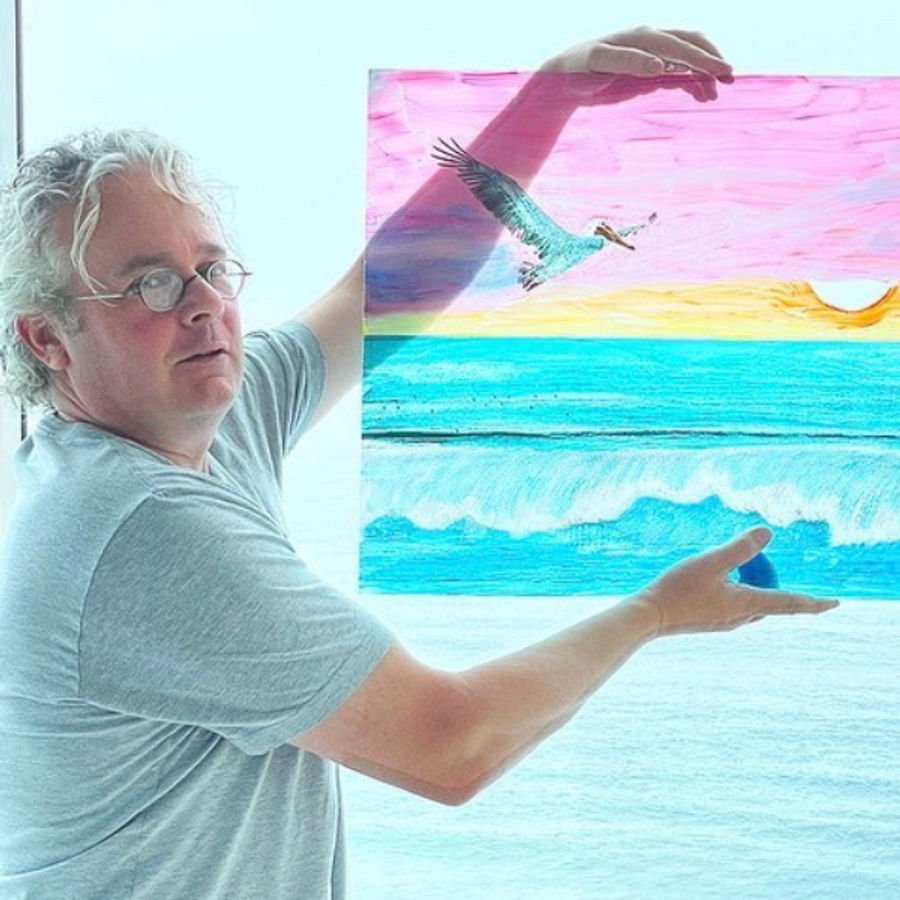 Roy Kerckhoffs is an award-winning artist whose work is recognized throughout California. Roy has been perfecting his photography and painting skills since the age of 10. He continues to amaze San Diegans with each new creation. His use of bold textures and barn wood style frames give his works a unique authenticity to the subjects.

"In my work I enjoy conveying a history of a place. I love bold textures as these are created by the passing of time, therefore putting emphasis on bygone days. In particular, I aim to show the beauty that exists in human-made structures in wood, concrete and steel contrasted with soft organic forms from nature.

My favorite subjects are industrial objects, ghost towns and coastal themes with an element of human origin in them. To obtain my goal I portray these by producing high- contrast black and white photographs and hand coloring the photographs with oil-based paints, using similar techniques from the early days of photography. My frames have a relation with the subject matter, so that the finished product is an integrated whole." 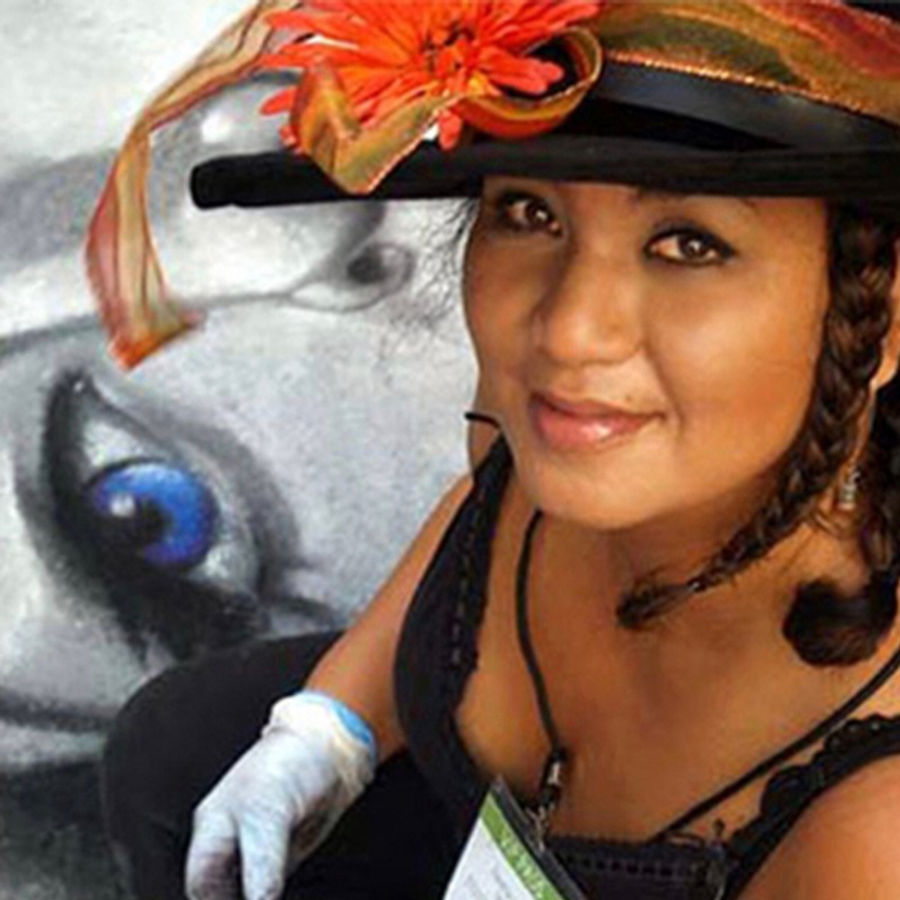 Cecelia Linayao is an award-winning mixed media painter. Based in California, her art is global. Her paintings in solo and team projects cross the United States to China, Canada, Mexico, and Italy.

She is a Featured Artist at the famed Santa Barbara I Madonnari Street Painting Festival. She is a Peace Paint Ambassador for the International Art Miles Mural Project.

She passionately uses the power of art for education, communication and self- expression. 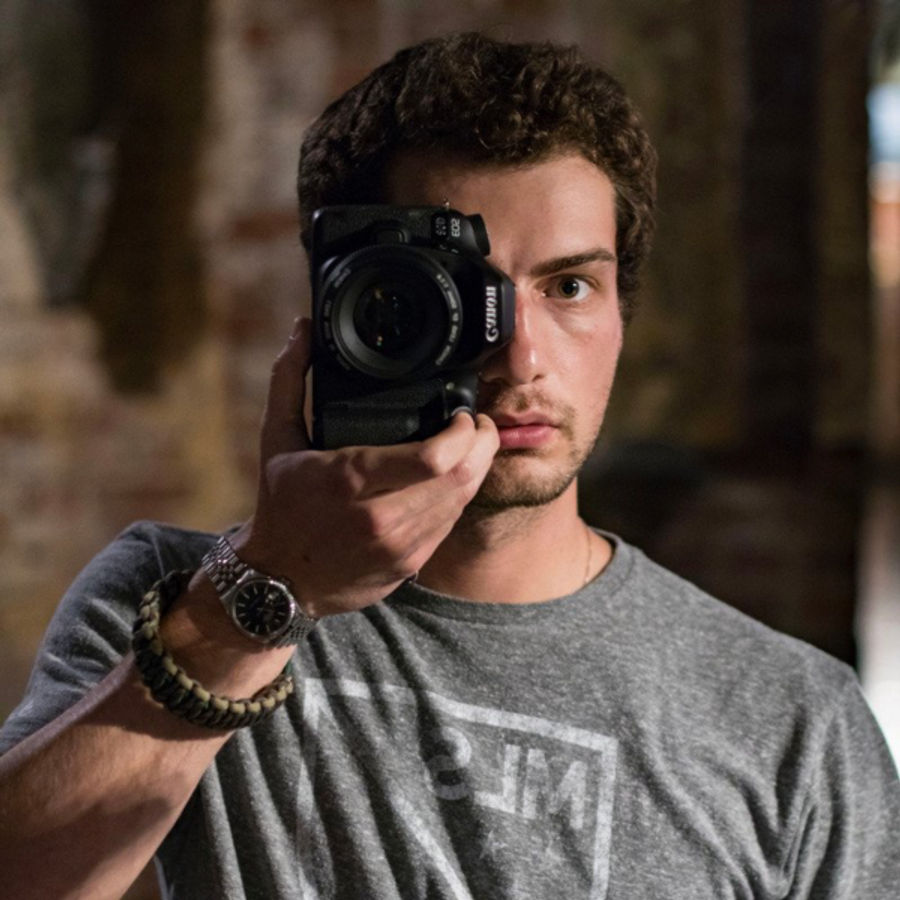 Born in Florida, and raised in the Northeast Kingdom of Vermont, Ben took up photography in college while sidelined with an injury from his soccer team. This started him in sports photography, which he continues to this day, while also working as the in-house photographer for JLab Audio. As a self taught photographer, he has worked tirelessly to perfect his craft and become a technical expert in the medium.'

His work possesses the closest attention to detail, while offering unique perspectives and compositions outside the normal conventions of typical landscape photography. Beyond the basics of making a photograph, Ben has started his fine art journey that includes producing his own prints.

His work is primarily printed and mounted on metal, with some of his own photographic paper prints. You will also find a mix of digital and film photographs, both 35mm and 120mm. His love of landscapes and water comes through in his rich, and real world images. 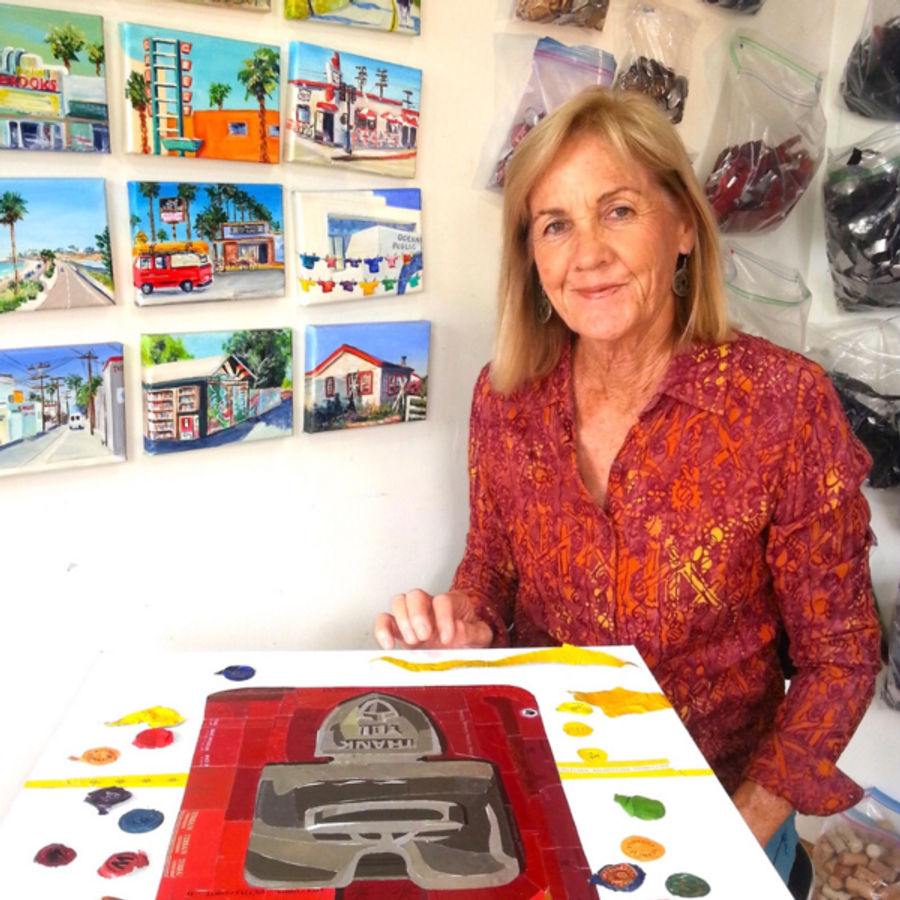 North San Diego County artist Phyllis Swanson has been producing high quality, thematically varied art in an array of media for over 30 years. She sees her strong understanding of color, her visual perceptiveness, and her desire to surprise as common threads in most of her work. Currently, she is working both as a commercial artist with her partner Ron Juncal for Studio 2 www.studio2artists.com.

Much of her current personal work is in acrylic paintings and recycled material collage. She is especially excited about her recent wine foil collage pieces, several of which have been displayed at the Michael J Wolf Gallery in San Diego’s Gaslamp District.

Her commercial work through Studio 2 has been wide reaching but has focused in recent years in both public and private murals and performance art pieces. Studio 2 performance pieces included thirteen years as featured artists for Carlsbad's Artsplash, two years as featured artist for Chalk La Strada, Little Italy, San Diego, and inclusion in the prestigious I Madonnari street painting festival in Santa Barbara, CA.

Ambika Thiagarajan was born in New Jersey in 1994. Within two and a half years, she moved to India. She primarily grew up in Chennai, India, where she attended school and received a Bachelor of Fine Arts degree at Stella Maris College. She then went on to pursue a Post-Baccalaureate in Fine Art from the Maryland Institute College of the Arts. She is now a full-time Artist and Art teacher in North County San Diego.

''I create what I call 'suspensescapes' which are basically images initiating a very mysterious, surreal, dreamlike, suspenseful feeling. Human emotions play a powerful role in my work. The search for the true meaning of life and our purpose for existence are key components to the Art I make. I often believe that we are all simply a reflection of our minds and the little things we do to fill our empty voids ultimately amount to nothing. This in-turn triggers my insides to believe in the presence of an alternative meaning, a different understanding, an unfound reality which I strive to locate in my work.

Before I pencil out an image, I visualize a very architectural landscape involving pushing and pulling elements, constantly in search of a brand new dimension. I then think of human forms floating within this realm of what seems to be buildings in construction and in deconstruction at the same time. I think of life as layers of time. This process inspires me to create paths which lead to this assumed reality. Through the medium of paint, I tend to deliver forms that are both fluid and geometric in nature, but organic in meaning. Although my thinking is very three-dimensional in nature, I resort to two-dimensional surfaces in order to portray intense illusion to define an atmosphere of space and time.