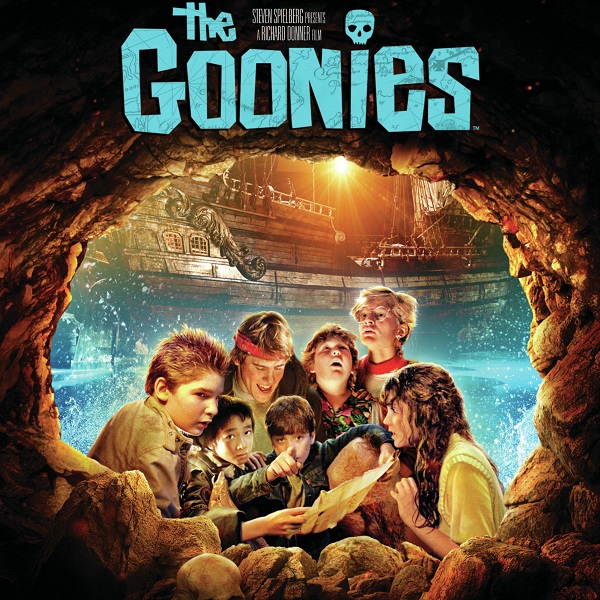 The second week of Flicks at the Fountain is this Thursday night, July 14th. And we're showing the 37-year-old cult classic The Goonies!

The Goonies is a 1985 American adventure comedy film co-produced and directed by Richard Donner from a screenplay by Chris Columbus, based on a story by Steven Spielberg. In the film, kids who live in the "Goon Docks" neighborhood of Astoria, Oregon, attempt to save their homes from foreclosure and, in doing so, they discover an old treasure map that takes them on an adventure to unearth the long-lost fortune of One-Eyed Willy, a legendary 17th-century pirate. During the adventure, they are chased by a family of criminals who want the treasure for themselves.

In 2017, the film was selected for preservation in the United States National Film Registry by the Library of Congress as being "culturally, historically, or aesthetically significant." 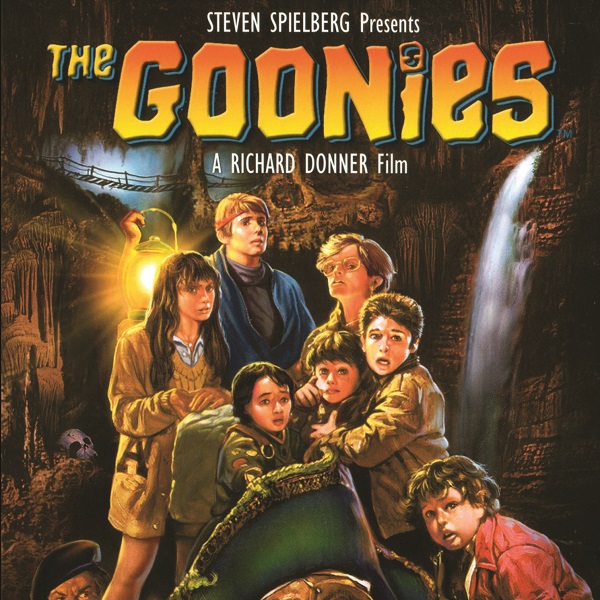 Thanks to the generosity of its two title sponsors - Engel & Völkers Carlsbad and Handel’s Ice Cream - Flicks at the Fountain is stronger than ever!

Alongside these two generous sponsors, we are also extremely grateful to our Promotional Sponsors - Beach Vibe Rentals, Village Faire Shopping Center, and Carlsbad by the Sea Retirement. The Goonies movie sponsors are Trove Marketplace, and Beach City Smoothies. We could not do this without all of you!

The Goonies will air Thursday, July 14th. Grab your seats starting at 6pm; movie starts at 8pm. Click Flicks at the Fountain for more information.