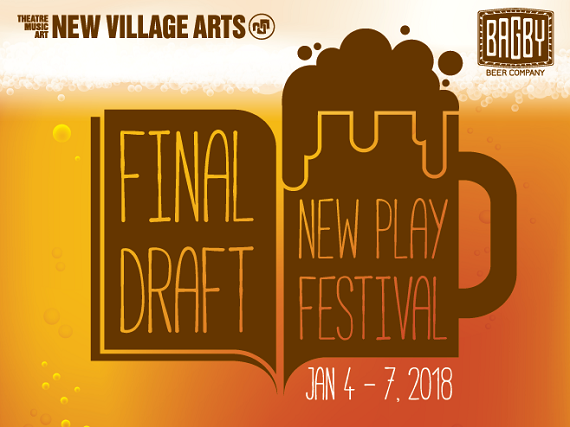 Two great companies.  Three Exciting New Plays.  Four days of theatre and delicious beer from Bagby Beer Company!  The plays include "The Price of Peace," "The Velocity of Celebration" and "The Seer and the Witch."

The Price of Peace
by Lance Arthur Smith
Friday 1/5 @ 8pm
Saturday 1/6 @ 8pm
Sunday 1/7 @ 2pm
THE PRICE OF PEACE charts machinist Sam Penn's journey through wartime America from California to Oak Ridge-- a secret city in Tennessee responsible for the fuel of a destructive new weapon. The city's inhabitants carried on their work and lives in secret without the knowledge of what they were working on or why they toiled. Laundry was folded, bridge clubs and sporting teams were formed, and the course of human history was altered irrevocably for all time. This new play is based on interviews with primary sources living in Oak Ridge, TN during the Second World War.

The Velocity of Celebration
by Dallas McLaughlin
Thursday 1/4 @ 8pm
THE VELOCITY OF CELEBRATION is the story of one man going through a breakup, learning to understand his father, and meeting the love of his life. Sounds like Sam Shepard or something, right? Well, it's not. I mean, not really. Did Punxsutawney Phil ever show up in True West? I didn't think so. There's karaoke, drunken soliloquies and old ladies who make cheese. Maybe it is a Shepard play.

The Seer and the Witch
by Jennifer Lane
Saturday 1/6 @ 4pm
The past and present collide in the forms of Eleanor and Emily, two women living a century apart who both haunt the same corner room at the Elgin Institute of Mental Health. They are each other’s only solace in a story that explores the female experience and how it has changed over the course of a hundred years, and how it has not.

One show + Beer Package ..... $10
A single ticket to one of the readings,
plus a craft beer from Bagby Beer Company
and a souvenir pint glass