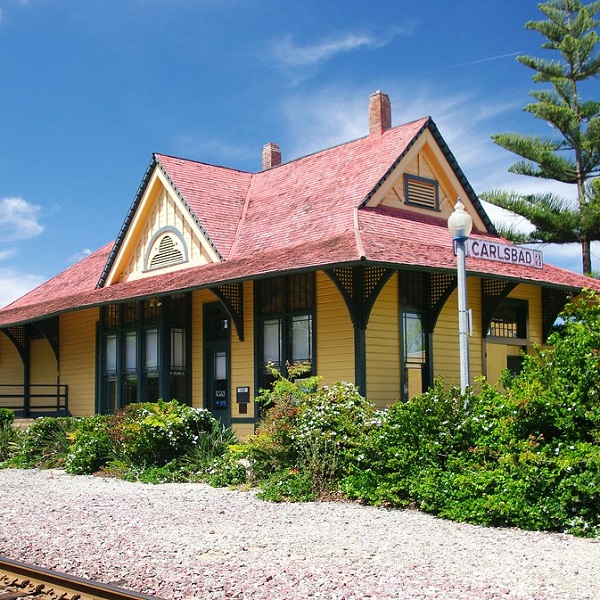 The Carlsbad Police Department’s Homeless Outreach Team (HOT) continues improving their ability to address the problems related to homelessness in the City of Carlsbad. A big part of their preparation for summer has been relocating their base of operations to the former Visitor’s Center in the Village.  Residents and businesses alike have already been reporting a noticeable improvement over that past several months.

This is partially attributed to the move. Being based closer to the areas that need the most attention has allowed members of HOT to spend more time working on solutions to deal with issues related to the homeless. In doing so, they help residents and business owners.  Being located at 400 Carlsbad Village Drive has also allowed HOT members the ability to leave the office and walk the village. This type of engagement with the community is at the heart of their mission.

Another great advantage of their new “home base” is the space afforded by the historic Santa Fe train station. HOT will be able to store their e-bikes on location for more efficient deployment and even greater visibility in the village. Bike patrols typically increase beginning Memorial Day weekend, but HOT has already started. The bikes allow them to get resources to more remote areas of the village. Instead of driving in traffic and then walking down a trail, they can ride an e-bike the whole way, which can be much quicker.

Editor's note: Visit Carlsbad, who operates the Carlsbad Visitor's Center, will be moving to its new offices on State Street at Oak Avenue this summer.