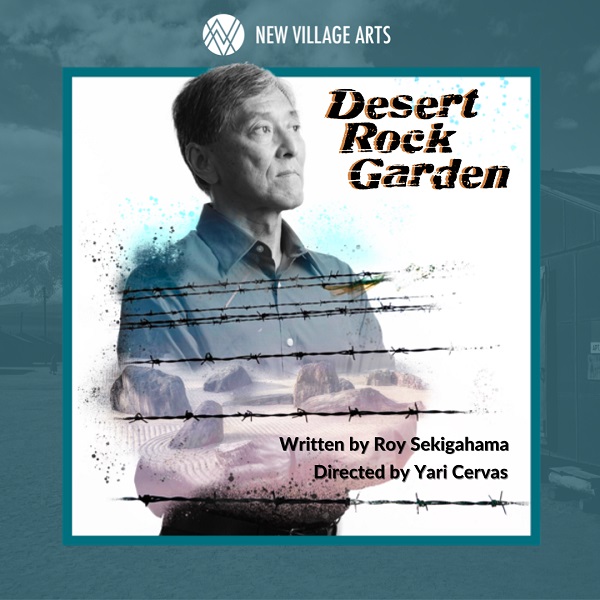 DESERT ROCK GARDEN is a memory play about belonging, family, and creating something beautiful out of nothing. This fictionalized historical story about a young orphan and a Japanese immigrant who forge a friendship in the Topaz Relocation Center in 1943 reveals the inherent human ability to transform nothing — loneliness and barren desert — into something long-lasting and precious.

February 19th, 2022 marks the 80th Anniversary of Executive Order 9066 resulting in the forced removal of 120,000 men, women and children of Japanese ancestry to incarceration camps across America.

Originally produced as part of the New Village Arts Final Draft New Play Festival, DESERT ROCK GARDEN is sponsored by the National Endowment for the Arts, California Civil Liberties Program, the City of Carlsbad, and the Forsyth Leonard Fund.