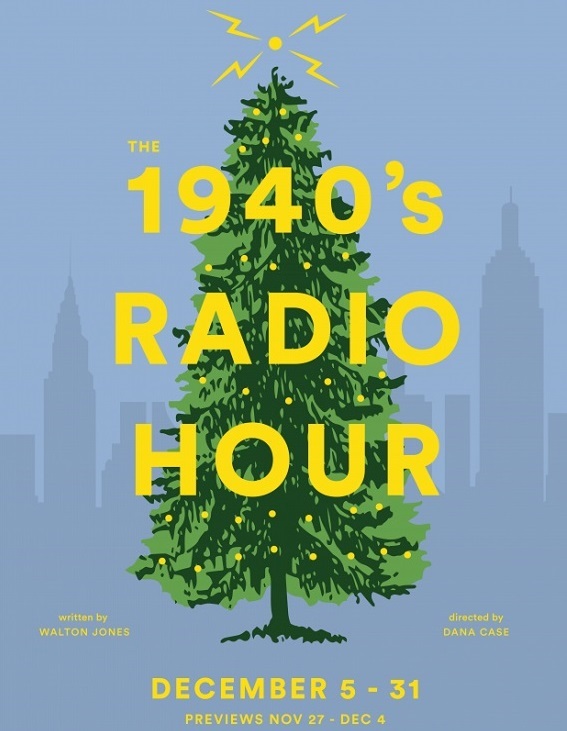 Mark your calendar to spend an evening at New Village Arts on State Street for a perfect holiday treat!

It’s December 1942 and New York’s little-radio-station-that-could, WOV, is about to air its final broadcast of the holiday-themed Mutual Manhattan Variety Cavalcade. That’s the setting for The 1940′s Radio Hour, a timeless play full of classic tunes sung in four- and five-part harmony. With its dance routines, swinging music — including “Ain’t She Sweet,” “Blue Moon,” “You Go to My Head” and “Have Yourself a Merry Little Christmas” — and beloved cast of characters,

A different time is evoked in this marvelously theatrical and winning show, accurately captured as the harassed producer copes with a drunk lead singer, the delivery boy who wants a chance in front of the mike, the second banana who dreams of singing a ballad, and the trumpet playing sound effects man who chooses a fighter plane over Glenn Miller.

Show and ticket information can be found at New Village Arts.