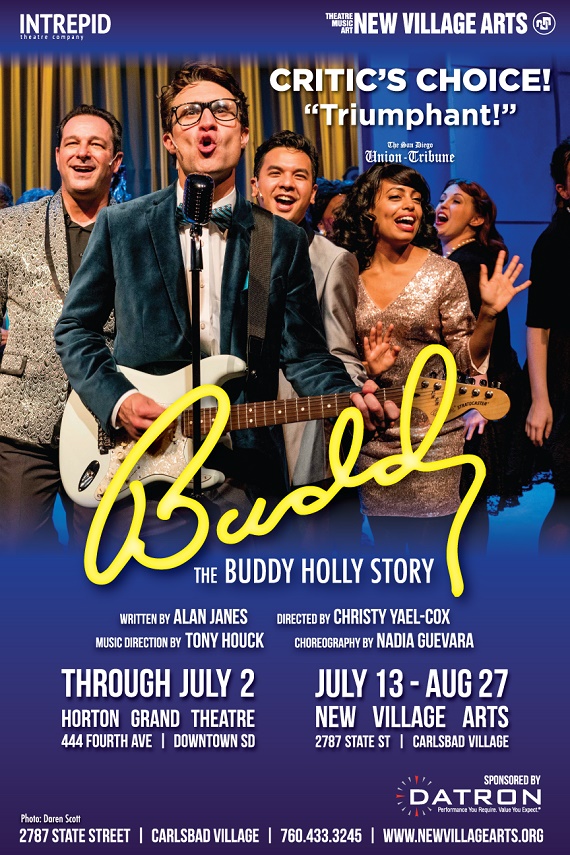 The season kicks-off with a co-production with Intrepid Theatre Company of BUDDY: THE BUDDY HOLLY STORY, written by Alan James. Celebrating the life and music of Buddy Holly and his contemporaries, this award-winning musical illustrates how music can bring diverse people together. BUDDY will be directed by Intrepid’s Producing Artistic Director, Christy Yael-Cox, and ran for six weeks at the Horton Grand Theatre in the Gaslamp District before transferring to the NVA stage for an additional six-week run.